Two major blue chip companies in a joint venture on the longest stretch of the M4 smart Motorways from London to Reading were operating from a brownfield site with 500 personnel and no mains power.

Regency Power were appointed the gas generator supplier to provide electric power 24/7 for the duration of the road works.

These consisted of 2 x 500 kVA continuously rated Perkins 4008 TRS2 Gas engines coupled to a stamford alternator and built in a bespoke enclosure. The generator sets also incorporated a sync switchgear at the rear of each enclosure.

A 5 year service contract formed part of these works. 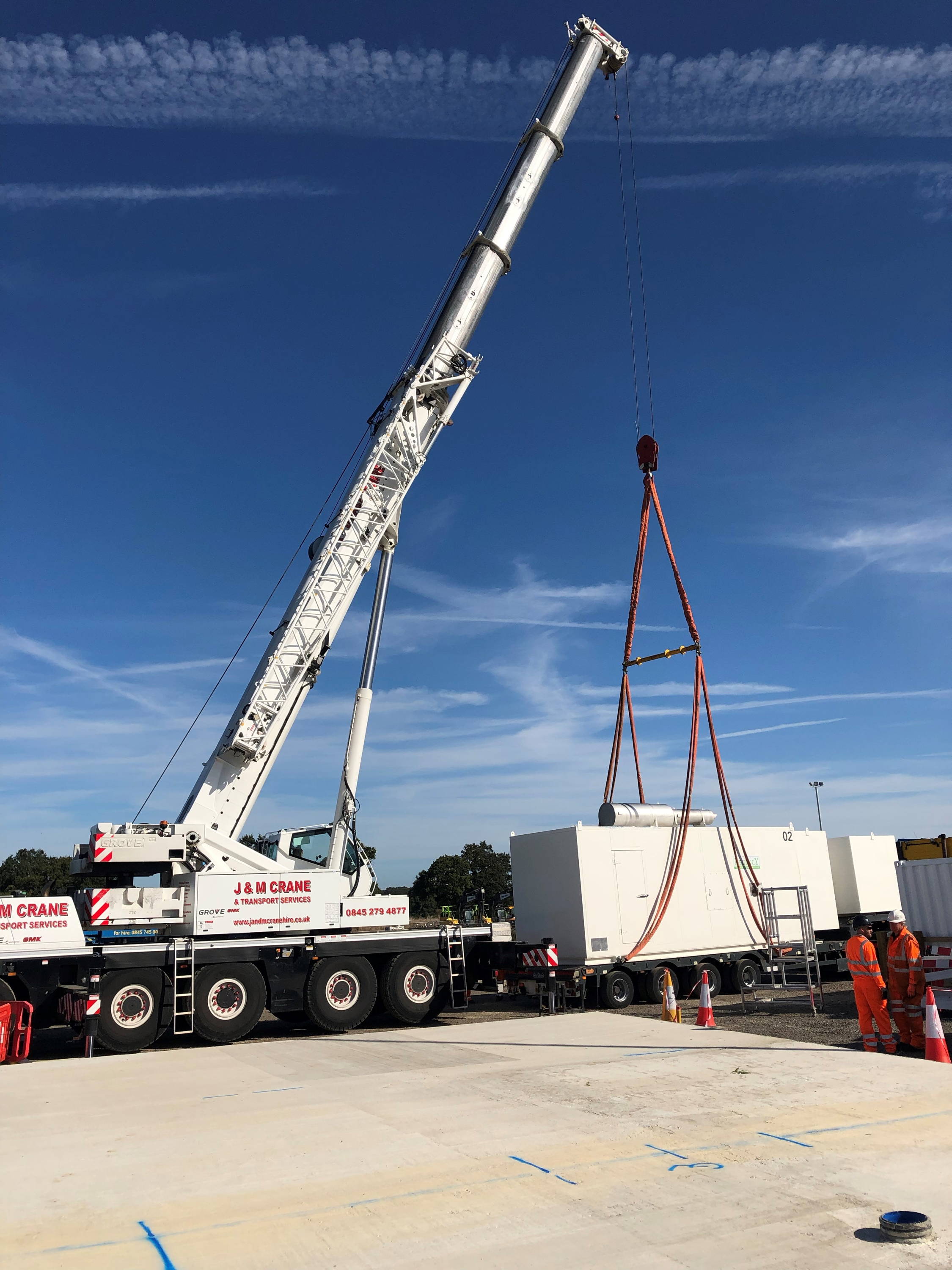 A crane lifting the gas generator set into place 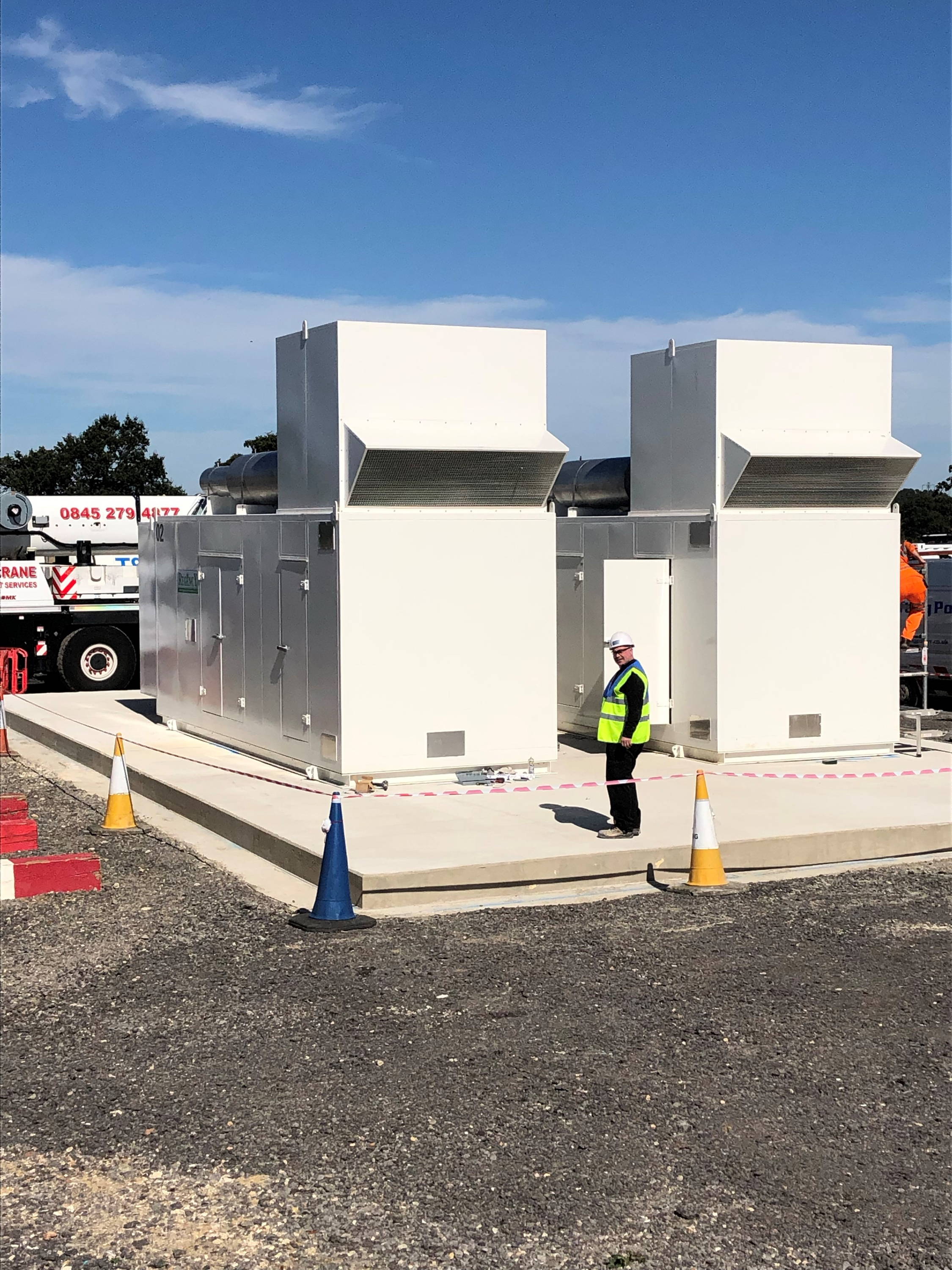